Getting the SR3 onto my trailer was always going to be a bit of a mission. The beaver tail and length of the existing ramps wouldn’t stand a chance of allowing me to get it on, so some investigation was necessary.

After tossing up whether to get a new trailer, but deciding against it due to both the cost and the fact that this trailer is fantastic I came across Race Ramps (wwwraceramps.com.au). These are basically super light ramp extensions, and with these included we (by we I mean the guys at race ramps…) worked out that with a combination of my existing ramps and these new TR5 Race Ramps we’d get an approach angle of 4 degrees – perfect!

So I ordered a set and they arrived a few days later. I must say service was excellent – thanks John & Bill! 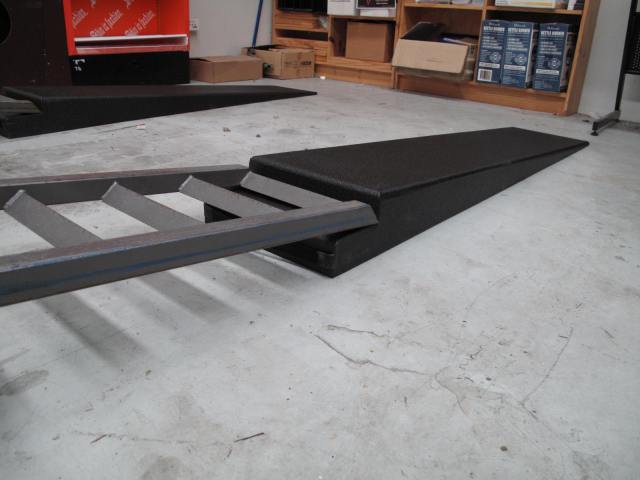 With much trepidation I took my new race ramps down to GMR with high hopes of getting the Radical onto my trailer.

All was going well until the rub pad (of all things) got caught on the leading edge of the trailer halting anymore progress! 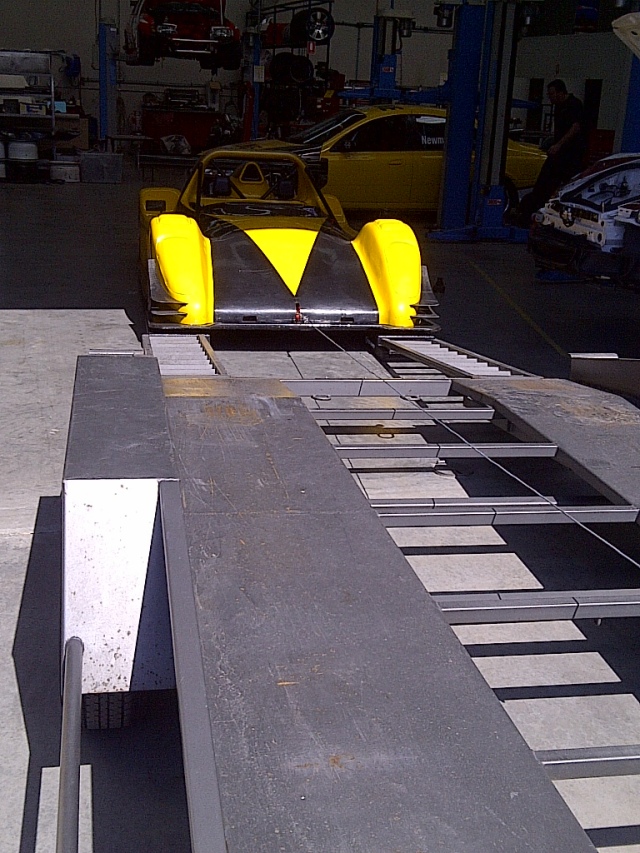 So we wound the jockey, jacked the ramps and voila… success!

This was a great weight lifted off my shoulders. Now I can transport the car myself and this will allow me to get it out on track whenever I feel the urge. Infact, that may be happening sooner rather than later…

ps I know the car is loaded up the wrong way, but it was just a trial run…

This entry was posted in Radical, Uncategorized. Bookmark the permalink.