A nice lap of PI from RAC Rd 1 from the First Neon sponsored SR3.

RAC Round 1: Not such a successful weekend…

A total of three laps is all the weekend lasted for the DBS Motorsport team… dissapointing! On Friday morning we took the car out for first two laps in order to get some drive unit oil pumping through the system, brought it in, topped it up, and went back out. On the following lap exiting Siberia in third gear a strange sound accompanied by a roughness came through the driveline. My initial thought was that it was a diff issue, but I continued through the rest of the lap and all other gears felt perfect. Rain started to fall and we were on slicks, and as I exited MG I had a spin. The car didn’t stall, but when driving off the car again struggled in third gear. We pulled into the pits, inspected the car and couldn’t see an issue.

Simon then took the car out in the next session, and confirmed third gear was causing issue. It was still selecting, but didn’t sound particularly nice, and he pulled the car in.

Unfortunately as the Hayabusa engine shared common oil between the motor and gearbox the replacement of the gear is an engine out job. The motor needs to be inspected for damage caused by debris, and so with the help of Ben and the Radical team the engine was removed and will be making it’s way back to England for assessment and repairs.

With 2 days of prep work on the car prior to the event, and a mountain of time dedicated to organising the weekend, packing up all the required equipement, unloading it at the track, and the money already sunk into the weekend to have it end so abruptly was crushing.But such is motorsport…

The weekend was great regardless, with some excellent racing and great weather. We would have loved to be out there, but we’ll have to save that for next time.

Big thanks to Ben for pulling the engine out for us, and Gartha nd Wazz at Radical for assisting us where possible. Also a big thanks to Matt Bray for his assistance on the weekend, was very much appreciated.

So now we regroup, and ensure that we’re ready to go for our next round.

…and the preparation continues! First round of the RAC is coming up this weekend and time is running short.

Just a few happy snaps from our test day at PI. We were sharing a garage with our good friend Radical Team Melbourne with the Blue 2012 SR3 Cup Car.

They specialise in finding a solution to clean every window with safety and customer service at the forefront of their strategy.

They provide services for the following cliental:

Located in Melbourne’s South Eastern Suburbs, they have the ability to service all of Melbourne.

Many thanks to BAX Windows for their support this season!

After nearly having my head ripped from my shoulders last time out at PI, it was decided that it would be best to add some sort of helmet aero to keep everything where it should be. Entering turn one deep in 6th gear without full concentration is not ideal, so anything that even remotely helps is a welcome addition.

A 3 piece kit was ordered consisting of the following: 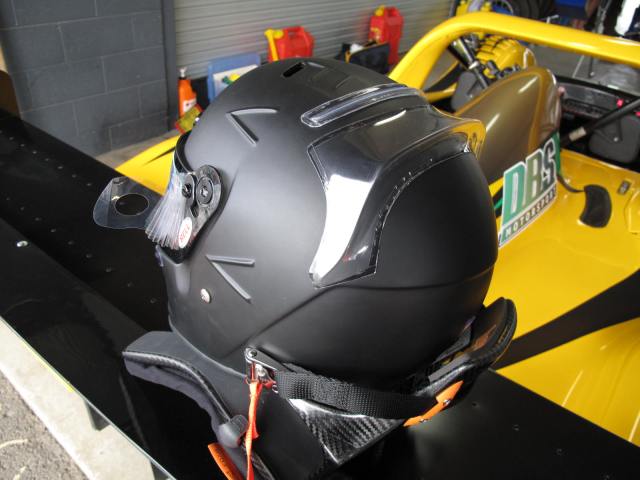 The difference was more than I was expecting,and it was definitely a worthwhile investment. We had less of a headwind on the day, but speaking to some other drivers it would appear they were getting quite a bit of buffeting while we were free to concentrate on driving.

All in all highly recommended!

Few of the quicker laps of the day from Dane Stokes.

Happy with the progress thus far. Need to find some more time, but a bit more commitment and some later braking should hopefully bring that. Overall it was a very successful day for both drivers, and the car was a dream to drive.

Posted on April 5, 2012 by phunky89
Posted in General, Radical | Leave a comment

Some more hillclimbing from our friends in Malta.